Love them or loathe them, The Bay City Rollers were a teenage phenomenon of the 1970s. To all those of you who wanted to marry a Roller, cried over Alan’s retirement , screamed at a baseball boot that once belonged to Woody or cherished a piece of Les’ old fag packet, this one’s for you . . .

Five young lads from Edinburgh; Alan Longmuir, Eric Faulkner, Stuart “Woody” Wood, Derek Longmuir and Leslie McKeown, took their name by sticking a pin into “Bay City” on a map (the group had previously been known as The Saxons – Saxonmania just doesn’t have the same ring, does it?).

In 1974, after a struggling seven year career with only one Top Ten hit (Keep On Dancing), their manager Tam Paton enlisted songwriters Phil Coulter and Bill Martin and dressed the band in tartan. Remember (Sha La La) was a Top 10 smash.

The Bay City Rollers were born and, for some of us, life would never be the same. By the time the band toured in October 1974 they had scored two more Top Ten hits (Shang-A-Lang and Summerlove Sensation) and ‘Rollermania’ had the UK in its grip.

Their debut LP, Rollin’, topped the UK chart and by this stage, fans would do anything just to catch a glimpse of their idols – stand out in all weathers, waiting outside theatres, TV and recording studios.

No-one could miss the fans in their bum-freezer jackets, tartan-edged ankle-freezers (trousers at half-mast), striped socks, baseball boots and tartan scarves tied around their wrists (with the name of their favourite Roller lovingly emblazoned on the back of their jackets).

Over the next three years, The Bay City Rollers would have 10 Top Ten hits (including three Number One’s), five best-selling albums, and a clutch of US hits, including one Number 1. The Rollers were billed as the new Beatles and America was turning tartan.

In 1976, guitarist Eric Faulkner almost died after a drug overdose of seconal and valium at manager Tam Paton’s house. In other incidents that year, Les McKeown was charged with reckless driving after allegedly hitting and killing a 75-year-old woman, and later found not guilty of firing an air rifle at a female fan. So much for being strictly non-smoking milk-drinking cherubs!

By the time the Rollers played a show in Shizuoka in Japan in 1978 things were falling apart within the band. Accordingly, when Les McKeown took to jumping around in a deranged fashion to attract attention, and invading other member’s spotlights, Woody laid into him with punches and kicks. The Rollers’ manic Japanese fans were horrified and the band split immediately.

These days the group are best remembered for their anthemic single Shang-A-Lang, press speculation as to whether the band actually played their own instruments in the studio (or on stage), and scandals involving their manager Tam Paton who was convicted on charges of drug dealing, dogged by allegations of sexual abuse and jailed for three years on a charge of gross indecency. More recently, drummer Derek Longmuir also found himself on the wrong end of the long arm of the law for alleged possession of child pornography. Tam Paton died at his home in Edinburgh in April 2009, aged 70, after reportedly suffering a heart attack.

I loved “Derek” for a short time, I think my mum even approved of the band because they were “Scottish” & wore tartan!

7 Replies to “The Bay City Rollers” 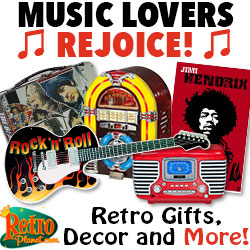