Do you remember the ESSO drive to sell petrol with this campaign, not only were petrol stations covered with tiger pictures & inflated Tigers but people drove round with a tiger tail hanging from their petrol caps. There were also some stations that had large yellow tiger paw prints leading up to & away from the petrol pumps.

In Europe the petrol pumps even had tiger stripped hoses to pump the fuel, it was all supposed to give us more power & fun while driving.

They sold the tails in the garage shop the idea must have come from America it had all the hall marks of an AD Agency. 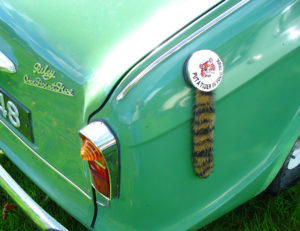 It was one of the most successful petrol campaigns of all time & it even made it out to Frankston. Esso was bought out by Exxon Mobile & I haven’t seen their petrol for sale since about mid 90’s. They are still around but into natural gas these days even after the Esso Longford gas plant explosion in Melbourne in 1998 which cut gas supplies for many days.

I thought the Tiger was called Tony but that’s another tiger used by Kellogg’s to sell Frosties but that another story. 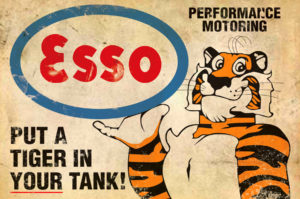 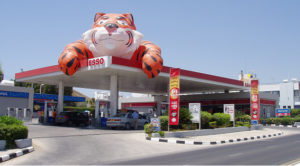 2 Replies to “Put a tiger in your tank”