Family Affair aired from 1966 to September 1971. The series explored the trials of highly successful civil engineer 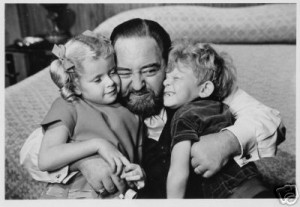 Bill Davis’ carefree existence as a swinging bachelor was just about perfect.  Into this life of independence came three young orphans, Bill’s brother Bob and sister-in-law Mary had died in an automobile accident a year prior to the premiere episode. Their children, teen Cissy, and her young siblings, twins Buffy and Jody, had been dispersed among relatives in Terre Haute, but none wanted to continue raising the children, so they attempt to give the responsibility to Bill. “Uncle Bill” isn’t keen on the idea at first, but becomes endeared by each of them. First Buffy comes along, followed by Jody, and finally Cissy. The most mortified by the situation is Mr. French, who effectively becomes the children’s nanny, in addition to his valet duties. However as time passes they all become a family, albeit an accidental one. 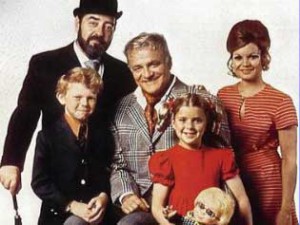 The series was extremely popular. Buffy’s doll, “Mrs. Beasley,” which she often carried with her, was marketed as a popular toy in the United States.

The show’s cast suffered several deaths. Anissa Jones died of a drug overdose in 1976 at age 18. Sebastian Cabot died of a stroke in 1977 at age 59. In 1997, two months after the suicide of his daughter, and having lived with cancer for some time, Brian Keith committed suicide by gunshot.

This was a wonderful family sitcom & I was besotted with Buffy & her “friend” Mrs Beasley. I also adored “Uncle Bill”. I rarely missed an episode of “Buffy & Jody”. It was 60’s/70’s drama at its best & appealed to both adults & children.

One Reply to “Family Affair”